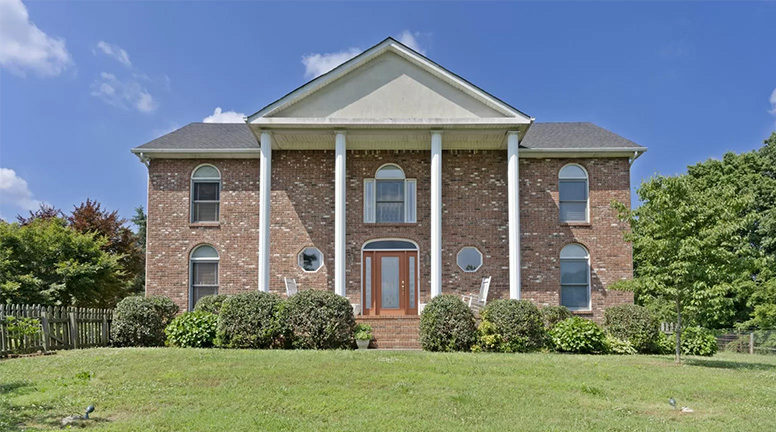 Last week, I was scrolling through my social media and got an alert. My friend, Jodi, shared the sacred memory of her son’s passing from just a couple of years ago. She had tagged me in the post because I was privileged to participate in Brian’s funeral and burial services.

Brian was 19. He was a handsome, tall, fun-loving young man living in the suburbs with his parents and brother. He was an all-star athlete and had a lot going for him… except for a few friends and the drugs. Yeah, the drugs.

This story is so terribly tragic and painful. It’s the first time that I had suffered it, Brian’s family had endured it, and his classmates had felt it. But, sadly, it is an all-too-common narrative that nearly every family, every school, every church has had to live through. It’s so common that even if we have felt the pain personally, we’re almost tempted to be numb to it or ignore it.
Why? Why are we numb to it? Why don’t we do something about it? Why can’t we do something — anything to stop it — or at least to slow it down? I’ve lived with this utter sense of powerlessness until a few months ago, until I met Carl at the Rescue Mission.

Carl is suffering from homelessness in Nashville due to his 30-year addiction to cocaine. Carl is a Christian man who is educated and has a strong work ethic, yet with a pivotal weakness: his dependence on crack.

Carl didn’t need the Mission, he needed rehab. Actually, he had tried rehab, many times. He didn’t need just any rehab, he needed a Christ-centered, long-term rehab. He needed the Hope Center. That night, I texted Pastor Stephen, local director of Hope Center Ministries. Bad news: “No beds available. In fact, there’s a waiting list for every Hope Center in America!” When I heard this, instead of feeling even more hopeless & powerless, the Spirit of God gave me impossible faith to believe in the miracle of a NEW Hope Center… right here in Robertson County! I can’t believe what I’m about to tell you but it’s true… it’s really happening! Yes, miracles do happen! We ARE getting a new Hope Center in Robertson County!

Starting a Hope Center isn’t difficult, but it ain’t cheap either. The initial investment from a church is $200,000. Just a few days after talking with Pastor Stephen about Carl, he invited me to meet the founder of Hope Center Ministries and that’s when I learned that we had received a generous donation of $100,000 to help us get started! I couldn’t believe it — right out of the gate and we were already halfway there!
My next meetings were with a couple of faithful Christian business owners from our church. They encouraged me to move forward and take it to the church. The short version is that during the next 5-6 Sundays, our church members gave nearly $40,000 above their normal offerings toward the Hope Center. Then, after much prayer, we voted to fund the rest from our savings!!

I don’t know which is the greatest miracle… the $100,000 from a donor we’ve never met, $40,000 from blue-collar Christians, or a Baptist church willing to part with $60,000 of its savings/reserves. I just know God has been at work through all of this!
As of right now, we have closed on a house in the Coopertown area and, despite some concerns, the house has been approved by planning / zoning. We still have some conditions to meet, but if all goes as planned, the Hope Center is scheduled to open in Early 2020 and could be home for up to 28 men in recovery.

A young girl was walking along a beach upon which thousands of starfish had been washed up during a terrible storm. When she came to each starfish, she would pick it up, and throw it back into the ocean.
She had been doing this for some time when a man approached her and said, “Little girl, why are you doing this? Look at this beach! You can’t save all these starfish. You can’t begin to make a difference!”
The girl seemed crushed, suddenly deflated. But after a few moments, she bent down, picked up another starfish, and hurled it as far as she could into the ocean. Then she looked up at the man and replied, “Well, I made a difference to that one!”
The old man looked at the girl inquisitively and thought about what she had done and said. Inspired, he joined the little girl in throwing starfish back into the sea. Soon others joined, and all the starfish were saved. — Star Thrower by Loren C. Eiseley