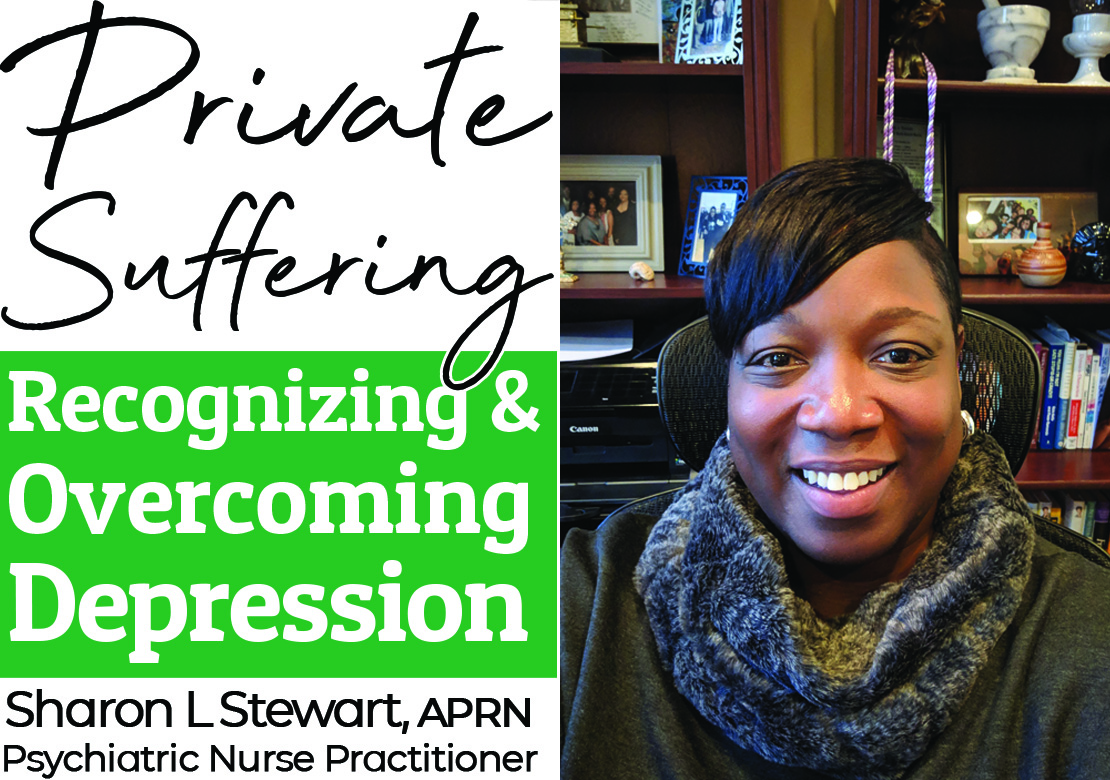 Depression is a condition that involves the mind, body and spirit. It affects the way people eat and sleep; the way some feel about themselves; and the way individuals perceive things. Depression is not the same as a passing blue mood. It is not a sign of personal weakness or a problem that can be willed or wished away. Many with depression cannot merely “pull it together” and simply “get over it.” Lasting for weeks, months or years, depression may require professional treatment including medical services and psychotherapy. Severity of symptoms varies with individuals and also varies over time.

Feeling down, hopeless or pessimistic
Feeling bad about yourself “I’m a failure” or “I let my family down”
(Guilt, worthlessness, or helplessness)
Loss of interest or pleasure in hobbies and activities that were once enjoyed
Decreased energy or fatigue
Trouble concentrating, remembering, or making decisions
Difficulty falling asleep, staying asleep, or sleeping too much
Poor appetite or over eating
Thoughts that you would be better off dead or hurting yourself
Moving slower; or the opposite – fidgety and restless
Persistent physical symptoms that do not respond to treatment such as headaches, digestive disorders and chronic pain

Most people make the decision to suffer with depression privately. They do not want others to know. Often persons in Christendom have much worry about being judged or told they do not have faith or they are not praying enough.
Depression is a familiar illness. It is not new. In fact, there were many prophets of God whom suffered with it. In I Kings chapters 18 and 19, the Prophet, Elijah, shows signs he struggled with depression. After he commanded the people to choose which god they were going to serve, Elijah delegated the slaying of 450 false prophets of Baal. He was in charge and he knew that God was with him. Yet when he received a letter from Queen Jezebel, Elijah became fearful and ran for his life. He went into the wilderness and isolated himself; lost his appetite; and became suicidal. He asked God to take his life. Elijah did not feel like living or continuing his work and he thought the world was against him.

Nevertheless, God was still there. Twice He sent an angel to instruct Elijah to eat and drink the meals that were prepared. The angel encouraged him to get ready for the next journey. Even though he was strengthened and started his journey, Elijah continued to battle low self-esteem and doubt. Along the way he hid himself in a cave twice and the Lord asked him “Elijah, why are you here?” He tried to explain to God his feelings of inadequacy.
People occasionally perceive themselves as “unqualified” for the positions in which God has placed them. Thinking they are bad spouses; horrible parents; someone with stupid ideas; or leaders lacking management skills, people have difficulty remembering what God has said about them and that they were created in His image. They need someone to remind them of their value, encourage them to go forward, and trust the God in them.

Help is On the Way

Just as He did for Elijah, God will send help to you and others. The angel of the Lord appeared to Elijah twice before he started out on his journey and God spoke to him twice while he was on the journey. It is important to realize negative thoughts and feelings are part of the depression and do not accurately reflect the actual circumstances. They are very exhausting. It took time to raise Elijah’s spirit. People have to be patient with themselves and others while recovering from downheartedness. Personal therapies such as confiding in someone; breaking large tasks into small ones; mild exercise and participating in activities; and postponing an important decision to discuss it with someone, help also to improve your mood. Feeling better day-by-day wins the race! The negativity will disappear as the depression responds to minor changes and/or treatment.

For more, find Sharon at Stewart Mental Health
on the square in Historic Springfield, TN