How Do I Get Up from Rock Bottom? 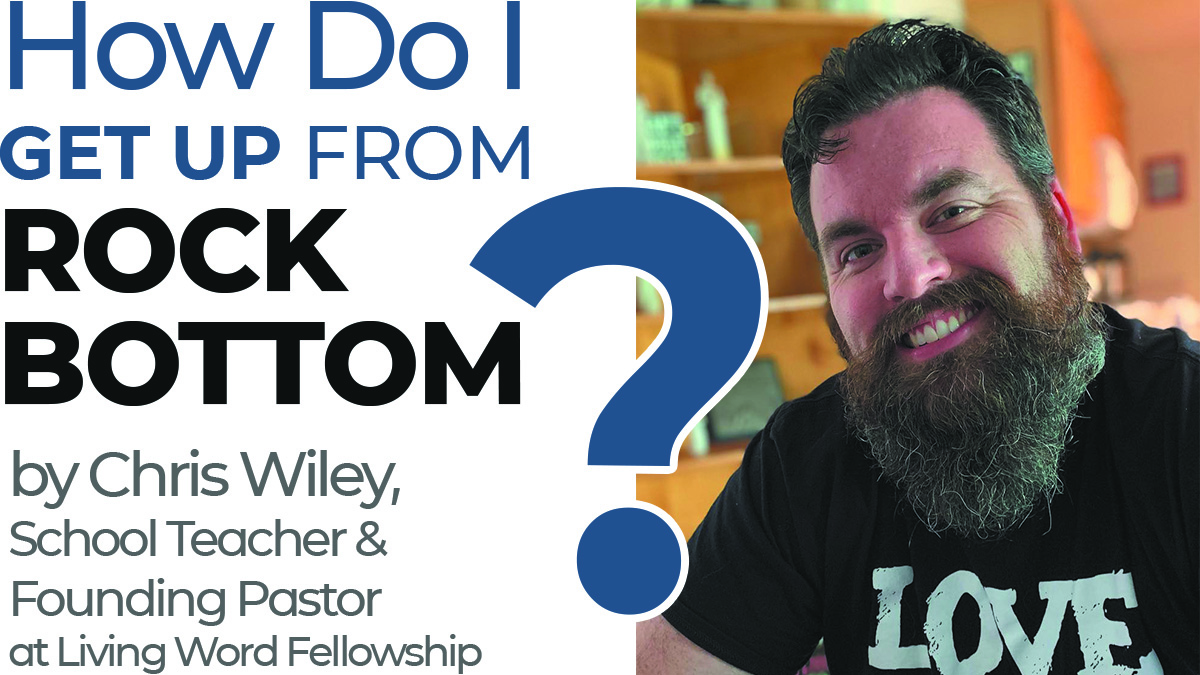 Your life has a rocky marriage? You don’t like your job? You don’t have a job? Your relationships are strained at best, or completely over? Your kids don’t come around, or maybe you’re at a place where you don’t even want them to. Either way it goes, the life you are living right now is not what you imagined or dreamed your life would be, when you actually dreamed of a life.

Last time I checked, and I am a schoolteacher, there isn’t a class taught on how to deal with failure. How do I get up when I have been knocked down? It reminds me of a big-time player in scripture. His name was Elijah. His story goes like this…

He was a big, bad dude. He prayed that it wouldn’t rain, and it didn’t rain. He prayed that it would rain again, and it did. He went up on a mountain top to have a show down with some other men, 400 to be exact, to see whose God was the one true God and Elijah won. He called down the fire from heaven and then executed all 400 men. He was standing before kings and they were afraid of him. Then this one woman (Jezebel) comes to him and threatens him and the Bible says in 1 Kings 19 that he got up and ran for his life. He then found a cave and was hiding there. Then the Lord came to him and asked him this question, “What are you doing here?”

God didn’t ask Elijah that question because he needed answers. He asked because he wanted Elijah to analyze his situation. What are you doing here? Are you sulking? Are you figuring out a solution? Are you just going to say it’s over and throw up your hands? Do you really belong here? Is this the best place for you to be? All of that was tied up in that question the Lord asked him. Because

Everything you need is inside you because if you belong to Christ, He lives there. If you need peace, He is the prince of it. If you need love, He is love. If you need mercy, he freely bestows it on you. If you need wisdom, he says ask and you shall have it. God is not one who beats us when we are down; He meets us there. The Bible says (Psalm 34:18) that

God is close to the
brokenhearted.

As Elijah was in that cave, God came to him and said: Come out of the cave and listen. Then a strong wind came by, an earthquake, then a fire but God was not in any of those. But then after all of that was a small whisper. There is where God was found. The strong wind are those storms of life; they rock the boat a bit. The earthquake was when the world comes crumbling down: you’re pregnant, you have a terminal disease, the factory is closing. The fire is when everything has gone up in smoke. But God is not in any of that. He is in the still small voice that says, “I got you.” The reason He whispers is so you will draw close to hear Him.

He’s whispering;
do you hear Him?

Connect with Chris at:
livingthewordfellowship.com